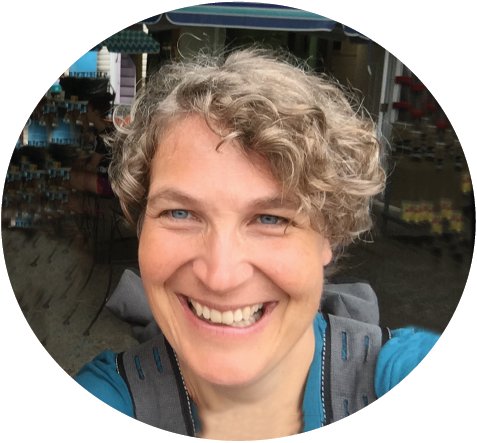 Andi studied biochemistry (1998-2002) in Regensburg, Germany, and molecular and cellular biology (2002-2004) at the Ruprecht-Karls University of Heidelberg in Germany. For her PhD, Andi joined the labs of Kim Nasmyth and Barry Dickson as a joint Ph.D. student at the IMP in Vienna, Austria to uncover post-mitotic functions for cohesin in Drosophila. In 2006, Andi moved with Kim’s lab to Oxford, UK where she obtained her D.Phil. (2009) and became an avid rower. For her post-doctoral studies (2009-2015), Andi traded flies for fish and joined Alex Schier’s lab at Harvard University, USA. Since 2015, Andi has had her own lab at the IMP. Andi’s work has been funded by EMBO, HFSP, the NIH grant to independence (K99), the FWF START Prize, a Whitman Center Fellowship from the Marine Biological Labs and the EMBO Young Investigator Programme (EMBO YIP). 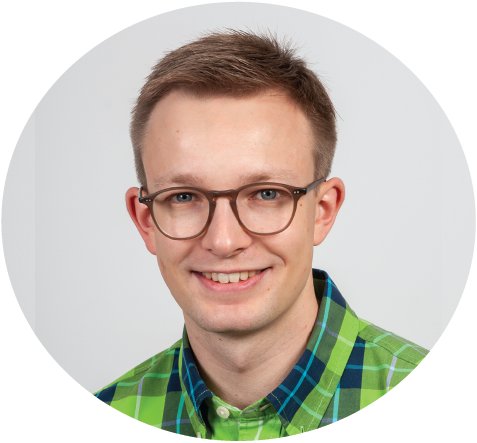 Andreas graduated from the University of Hamburg in Molecular Life Sciences (B.Sc.) in 2016. Here, he first approached developmental biology in the labs of Peter Bommert and Arp Schnittger. Andreas then moved to Tübingen, Germany, where he completed his Biochemistry studies (M.Sc.) at the Eberhard Karls University in January 2019. For his thesis, he studied kinase activity during meiotic recombination in yeast in John Weir’s lab at the Friedrich Miescher Laboratory of the Max Planck Society. In the Pauli lab, Andreas is interested in studying the process of fertilization. Andreas was awarded a Boehringer Ingelheim Fonds PhD fellowship for his PhD studies in 2020. In his spare time, Andreas likes to travel; the best locations are those where he can use his skis as well. 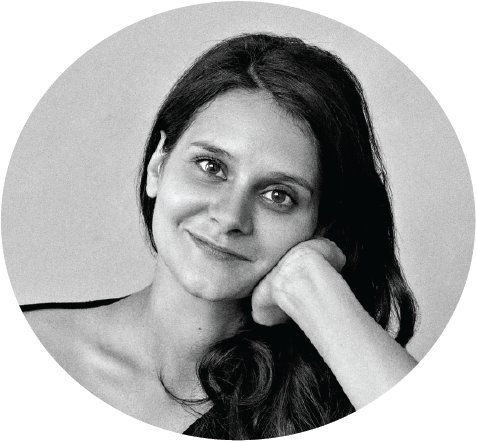 Anastasia studied biochemistry and molecular biology at Lomonosov Moscow State University (2009-2014). Her diploma project focused on understanding structural features of Hansenula polymorpha TERT (Telomerase Reverse Transcriptase). Already during her diploma studies Anastasia became interested in the function of newly predicted peptides in eukaryotic cells – a topic she decided to pursue for her PhD during which she investigated the function of a mitochondrial peptide encoded by a misannotated lncRNA, LINC00116/Mitoregulin. Anastasia joined the Pauli lab in March 2019 to investigate mitochondrial functionality and co-regulation of mitochondrial and cytoplasmic translation during development. Anastasia was awarded the VIP2 fellowship and the Marie Sklodowska-Curie postdoctoral fellowship for her studies in the Pauli lab. In her free time, Anastasia enjoys reading detective stories, knitting and snowboarding. 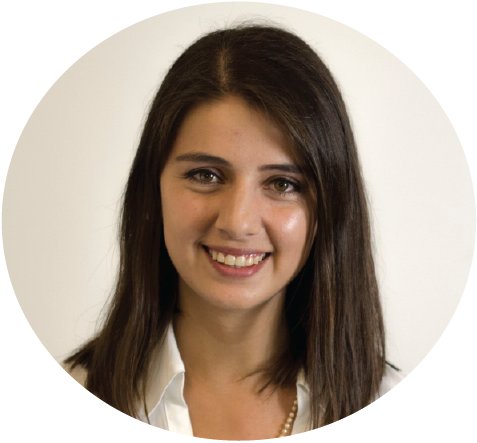 Victoria pursued her undergraduate studies at the University of Notre Dame in USA where she graduated with a B.Sc. in Chemical Engineering in 2013. For her PhD, she joined Stefano Di Talia’s lab to study cell cycle synchronization in Drosophila development at Duke University, USA. Victoria received several honors and awards including an HHMI International Student Research Fellowship, a Schlumberger Faculty for the Future Fellowship, a Boehringer Ingelheim Fonds Travel Grant and the prestigious Weintraub award for her PhD studies. She joined the Pauli lab in September of 2019, where she will be studying mechanisms of gamete binding and fusion in zebrafish. Victoria was awarded the HFSP postdoctoral fellowship for her studies in the Pauli lab. In her free time, Victoria enjoys dancing, crafting DIY projects and learning about different cultures through cooking and music. 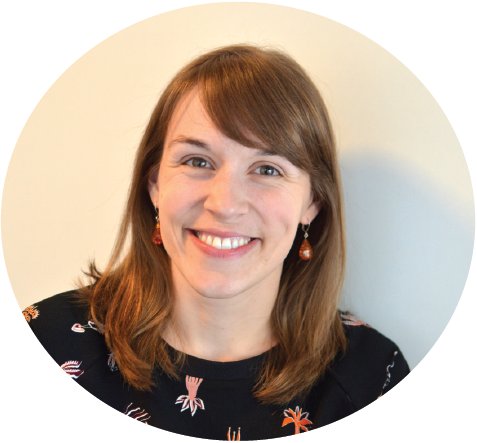 Krista is from the United States, where she attended North Park University and earned her Bachelor of Science degree (2010-2014) with a double major in Biology and Chemistry. She later completed her Master of Science degree (2015-2017) in Experimental and Medical Biosciences at Linköping University in Sweden. After giving cancer research a try early in her master’s, she attended the VBC Summer School in 2016 and as a summer intern in the Pauli lab, returned to her favorite area of biology—development. Krista continued in the Pauli lab and completed her master’s thesis on the characterization of vertebrate fertilization factors in fish, and subsequently joined the lab as a Ph.D. student starting September 2017. Her Ph.D. work focuses on the molecular players and species-specificity of vertebrate fertilization. Krista was awarded a DOC fellowship for her PhD studies in the Pauli lab. Krista’s other interests include marine biology and conservation, and she enjoys baking, figure skating, learning foreign languages, and riding her bike around Vienna. 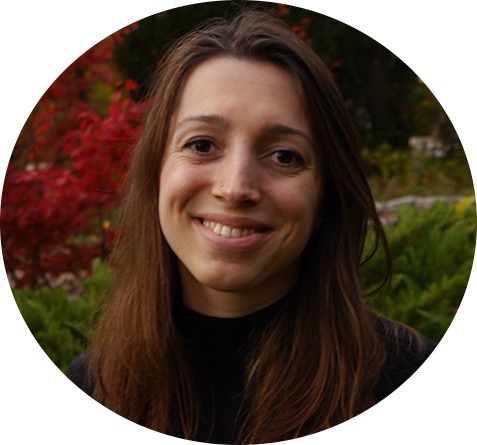 Theresa graduated with a bachelor´s degree in Biotechnology and Environmental Engineering from the University of Applied Sciences Upper Austria in 2017. For her master´s studies, Theresa moved to Vienna to study Comparative Biomedicine with a specialization on tumor and infection biology at the University of Veterinary Medicine (2017-2020). In the laboratory of Florian Grebien, she investigated the role of NUP98-fusion proteins in leukemia. Theresa joined the Pauli lab in October 2020 to study the biophysics behind fertilization as she likes the idea of combining physical methods on biological systems in an interdisciplinary approach. In her free time, she likes climbing, mountain biking, baking and eating good food. 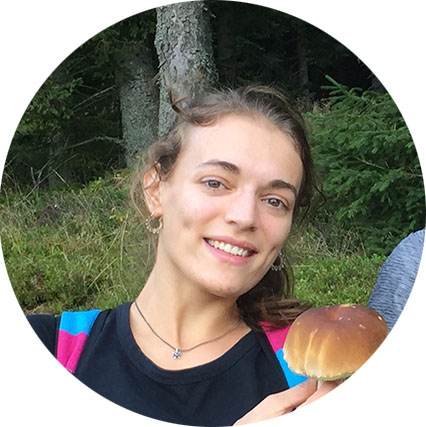 Hannah studied biomedicine and biotechnology at the University of Veterinary Medicine in Vienna to obtain her bachelor’s degree. For her master’s degree she currently studies molecular biology at the University of Vienna. Hannah joined the Pauli Lab as an intern first and is a Master student since September. Together with Anastasia, she works on mitochondrial morphology during development. In her free time, Hannah works voluntarily as a scout leader. Apart from that, she is interested in immunology and enjoys reading, dancing, and snowboarding. 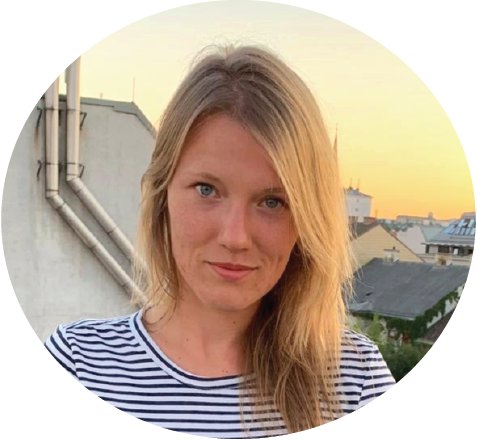 Frieda holds an M.Sc. degree in biochemistry from the Martin Luther University in Halle/Saale, Germany. She conducted her M.Sc. thesis (2015-2016) in the lab of Ruby Shalom-Feuerstein at Technion – Israel Institute of Technology, where she studied the function of microRNAs in skin development. Joining the Pauli lab as a Ph.D. student in October 2017, Frieda shifted her focus and is now interested in understanding translational regulation at the level of the ribosome during zebrafish development. In her free time, Frieda enjoys running and painting. 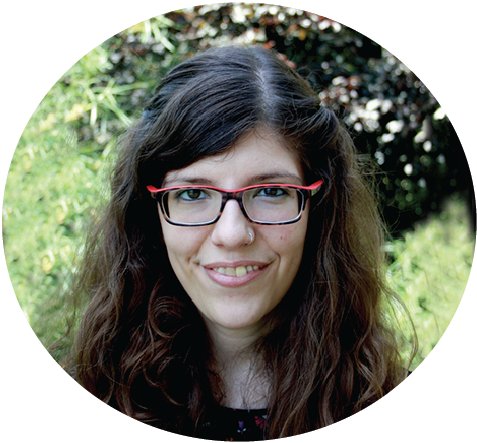 Laura studied biology in Valencia, Spain (2007-2012). She then obtained a master’s degree in Plant Biology and Biotechnology from the Universitat Autonoma de Barcelona. For her PhD (20015-2019), Laura joined Michael Hothorn’s laboratory at the University of Geneva, Switzerland, to investigate the metabolism of inorganic polyphosphates in plants. During her PhD, Laura discovered a bicistronic transcript controlling the expression of a cell cycle regulator. In parallel, she uncovered a novel polyphosphate-binding domain using structural biology and quantitative biochemistry. Her findings sparked her interest in translational regulation, a topic which she will focus on during her postdoctoral studies in the Pauli lab. Laura was awarded a SNF postdoctoral fellowship, the EMBO postdoctoral fellowship and the Marie Sklodowska-Curie postdoctoral fellowship for her studies in the Pauli lab. 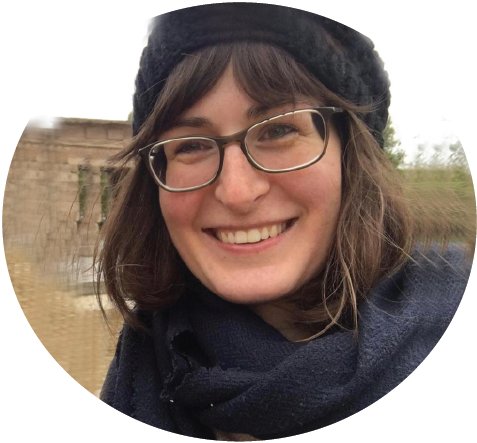 Karin studied Molecular Biotechnology for her master’s degree at the University of Applied Sciences in Vienna (2006-2011). During that time, Karin performed her master’s thesis work in Cambridge working with neurogenetics in Drosophila. She continued working with fruit flies in the Straw lab at the IMP, dissecting and staining thousands of fly brains. Joining the Pauli lab in 2015, she now takes care of thousands of zebrafish. She also works on characterizing selected small peptides involved in zebrafish development. Karin has a deep love for jellyfish and enjoys going to the theater, reading crime novels, and avoiding vegetables at all costs. 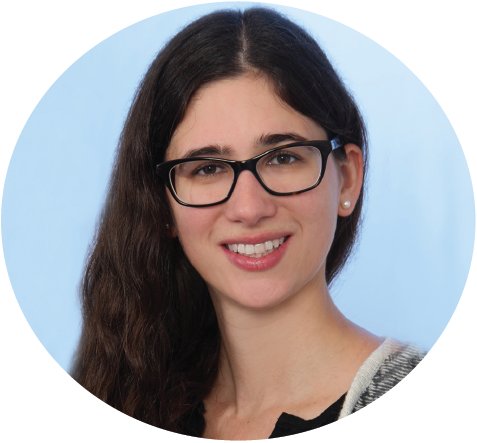 Carina obtained a BSc in Biology (2011) and a MSc in Genetics and Developmental Biology (2014) from the University of Vienna. For her Master’s thesis, she studied gene regulatory elements in the sea anemone Nematostella vectensis (Technau lab). Afterwards she continued working with Nematostella in Vienna and Bergen. In 2016, Carina joined the Vienna Biocenter as a research assistant (Bell lab, IMBA), focusing on Polycomb biology in mouse embryonic stem cells. In the Pauli lab, Carina works on translational regulation in zebrafish. In her free time, she enjoys playing billiards and singing in a choir.

Josef received a BSc in Biology in 2019 and an MSc in 2022 from the University of Vienna. During his studies, Josef joined the lab of Luisa Cochella at the IMP to study neuronal development in the nematode Caenorhabditis elegans. For his master’s thesis, he switched topics and worked on therapy resistance in breast cancer in the lab of Jos Jonkers at the Netherlands Cancer Institute in Amsterdam. By joining the Pauli lab in February 2022, Josef returned to the IMP and the field of developmental biology and is interested in translational inhibition in the early zebrafish embryo and different somatic cell types. In his free time, he likes to do sports, cooking, baking and listening to music. 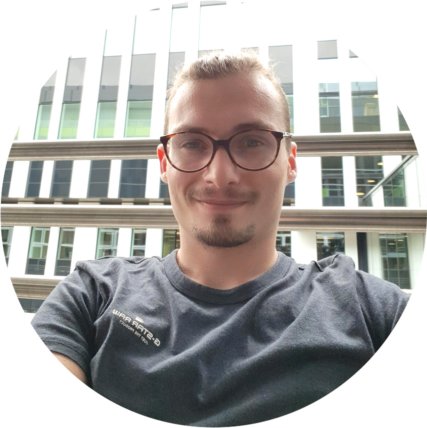 Marcus studied genetics at the University of Vienna, where he first approached developmental biology in the Genikhovich Group, working on the role of Wnt- and BMP-signaling in axis formation in the sea anemone Nematostella vectensis. Building the bridge between his interests, he studied developmental biology and genetics with a focus on cancer and disease at the University of Vienna. He completed his Master studies in the Distel group at the Children’s Cancer Research Institute of Vienna (CCRI), where he established a NUP-98 fusion mediated acute myeloid leukemia model in zebrafish. After obtaining his master’s degree in 2020, Marcus helped to develop a platform for NGS-based Covid-19 mutation monitoring in Austria, assuring the nationwide Covid-19 variant surveillance. In the Pauli lab, Marcus is working with Laura on translational regulation. 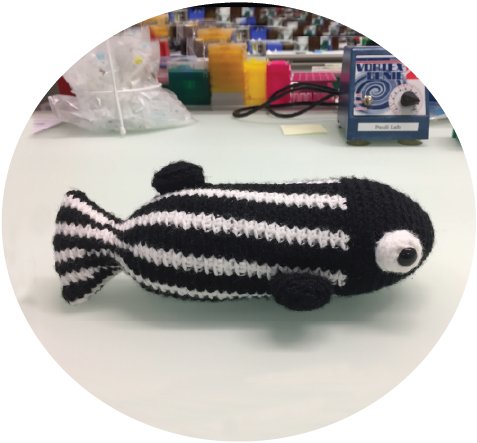